Chapter 5 of TCCL is concerned with the validity of scientific explanation. Borgmann contrasts this with the scope of scientific explanation, which will be discussed in the next chapter. The example which runs throughout the chapter is the process of grape juice turning into wine. It’s a great example for discussing scientific explanation since it exemplifies the power of it (how it unlocks an understanding of the chemical and microbiological processes underlying fermentation) in the context of something paradigmatically cultural or taste-oriented.

How does grape juice turn into wine? It has commonly been known for quite some time that the combination of yeast and a sugar solution results in alcohol, but fermentation as a chemical formula was first described in 1810 by Guy-Lussac: C6H12O6 = 2C2H5OH + 2CO2. These symbols exhibit one important aspect of the drive to scientific explanation: it begins by asking questions and naming the subdivisions of entities. Yeast isn’t just yeast—there are many kinds. Likewise with alcohol. So the formula “yeast + sugar = alcohol” is too simple. The formula is also open to the obvious question of how the process takes place! Do yeasts turn sugar into alcohol by ingesting it or by some kind of mechanical manipulation? With the advent of the microscope, we cannot refuse scientific experimentation’s invitation to “look and see”—and when we do, we find answers to our questions (along with new questions and puzzles). Proof of the power of asking questions lies in the fact that we do not typically refer to Dionysius or the principle of spontaneous change when asked about grape juice turning into wine, as the ancients did. We are familiar enough with scientific explanation to assume that there must be one for this process.

The big picture of scientific explanation is an inexorable slide from larger observations and laws to more fine-grained ones. Scientific explanation is essentially the systematization of the child’s endlessly asking “Why?” And unlike most adults, reality does not respond with “Just because! Now stop asking questions.” There is always, of course, a “floor” to the questions we can ask, a place where we must say “we don’t know” and live, at least for a time, with mystery. But importantly, there is no reason to assume that that floor is immovable, or not subject to further “whys”. This is essentially an argument for scientific realism, the position that the explanatory slide is taking us on a journey through levels of reality.

Scientific realism isn’t the only perspective one can take in the philosophy of science; scientific instrumentalists, for example, point out the striking differences in language and explanatory level between the experience of fermentation (seeing and smelling a frothy wine must) and the descriptions of nuclear physics (where the process we call “fermentation” is so far above the level of quarks and nuons as to disappear completely). Instrumentalists thus want to draw a line between the tangible world and reductionistic, “abstract” science. Borgmann comes down solidly on the side of scientific realism (albeit with strong criticism waiting in the wings). He doesn’t think it’s possible for the instrumentalists to draw a principled line between “experiential reality” and “abstract science”. The language can certainly be strikingly different, and bodily experiencing fermentation is certainly nothing like reading up on nuclear physics, but this doesn’t mean that there isn’t an underlying reality insightfully explored by the latter. Nor is it an argument against the validity of scientific explanation that there are some things it hasn’t explained. The undeniable trend is that explanatory challenges (when clearly defined) are progressively met within the scientific paradigm.

The time has come to define our terms more precisely. What is scientific explanation in the first place? It begins with the observation that our world is lawfully ordered, and our reality intelligible. One such intelligible regularity is must (a yeast + grape juice solution) turning to wine. That the regularity holds is an observation; it is explained when we can see it as one instance of a general law. Thus a scientific explanation of phenomenon X consists in showing how X regularly occurs according to law Y in context Z. Then we can say that X is subsumed under Y. Intuitively, this gives insight about the particular instances of X we find in the world.

This kind of explanation is called deductive nomological explanation, where the explanation consists in a logical argument flowing from lawlike premises combined with the observation at hand, to produce a conclusion. The premises are called the explanans (the bits which do the explaining), and the conclusion is called the explanandum (the observation to be explained). Interestingly, on this view, when we want to explain phenomenon X, we treat X as the conclusion of an argument, and are committed to finding true premises which lead to X. Borgmann calls these kind of explanations apodeictic explanations, since they have the force of logic. If they are clearly stated, it is easy to assess their logical validity, and if valid, they stand as solid explanations of a given phenomenon.

Deductive nomological explanation, formalized in this way, seems far removed from our normal sense of “explanation”, but Borgmann claims the opposite: “To understand a particular event in seeing it within the framework of regularities is the common and pervasive way in which humans orient themselves in their world” (22). Sowing seeds is an activity based on experiencing the regularity of plant growth, eating food relies on our belief in its regular restorative abilities, and so on. “Grape juice turns to wine in the presence of yeast and given other conditions” is precisely a deductive nomological explanation. Thus science is merely the (admittedly radical) sharpening of the kind of thinking which humans have used since the dawn of the species.

Analyzing reality with increasing precision is the particular hallmark of “modern” science, which, with the precision narrowing to the suboptical, grows increasingly removed from everyday experience. These differences can be put succinctly:

Despite the tendency of science to reductionism, it should be made clear that what science discloses to us is a rich, highly connected network of systems that make up our world: geological, biological, and ecological systems all interact in a way that highlights the interconnectedness of reality. As Borgmann puts it, “This is the explanatory power of science: it explains everything more precisely and more generally than any prior mode of explanation” (22).

It should follow, then, that science can provide a precise explanation of technology. But this has not been done. Is such an explanation forthcoming? To answer that question, we must first decide whether such an explanation is in principle possible. We saw how with questions about the natural world there is every reason to think explanations are always possible in principle. But the question of technology may be fundamentally different, and we cannot assume that the scope of scientific explanation covers every conceivable question. The next chapter will deal with this issue, and spend time adding nuance to the view of science so far espoused. 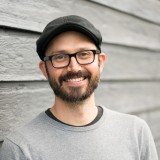 […] for technology. Hence we discussed what counts as an explanation in the scientific realm in earlier chapters. In this middle section of the book, Borgmann is concerned to substantiate the notion of […]

Sort of the like the last chapter, I didn’t have as many notes on this one. I think that it might come from the fact that I’m familiar with this thinking. I even wrote an entire paper on Explanation in Information Systems with Dirk Hovorka.

There was one quote that I loved in this chapter: Nothing falls beyond the scope of the sciences.